NEW YORK, NY – MAY 25, 2011: Isaiah Brown, Sergio Alvarez and Alex Rodriguez surround twenty year-old Basilio Bonilla on a field trip to New York City. Bonilla is a volunteer with the Donegan Elemntary School and a candidate for the Bethlehem Area School Board.

In 2003, the Pew Hispanic Center released a report forecasting a dramatic shift in the population of Hispanic-American youth. According to the report, the number of American-born Hispanics in U.S. schools would double by 2020, and the rate of Hispanic births in the United States would soon "outpace" immigration.

By 2010, schools in Eastern Pennsylvania's Lehigh Valley already embodied this fundamental shift. On May 25, 2011, children in the Leadership program at Donegan Elementary School traveled to New York City for a field trip. Walking under, over, inside and on top of America's iconic structures, the group of predominantly second and third generation Hispanic children experienced for the first time the city to which many of their families immigrated decades before. This burgeoning generation is like a bridge between cultures - the City a backdrop on which they explore their new American identity. 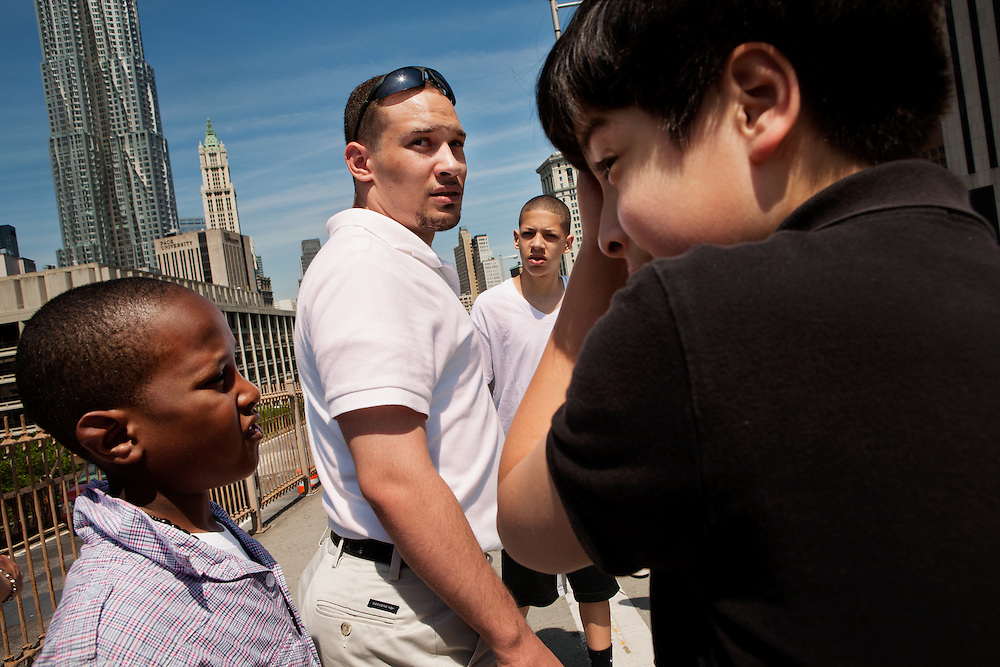