NAIROBI, KENYA - AUGUST 27, 2011: Youth leader Moses Omondi (left) raises his hand in support at the Kenyans For Kenya gathering in Uhuru Park downtown. Kenyans For Kenya was organized in 2011 as a way for Kenyans to support those suffering from drought and famine in the eastern part of the country.

Various grassroots initiatives led by youth have begun to improve the quality of life for those living in the direst of conditions, and young people of different tribes are using gardening, waste removal, education and athletics to encourage their peers toward a self-respecting and self-sustaining community. Termed “youth groups” on the street, these initiatives could represent the future of long-term socioeconomic development in Kenya while laying the groundwork for a more peaceful election in 2013. During the post-election violence of 2007 and 2008, impoverished youth in Kenya were routinely bribed by the nation's political elite to carry out acts of violence in their communities. Idleness among the youth, combined with the nation's history of tribal rivalries, were cited as a key factors to the violence, culminating in the deaths of over 1,200 Kenyans and the displacement of over 600,000. Since the violence, many youth have begun to seize active roles in the reform of their nation. In 2010 United States Ambassador Michael Ranneberger said he sensed “a sea change of attitude” among youths, “a tidal wave below the surface. The youth have woken up.” 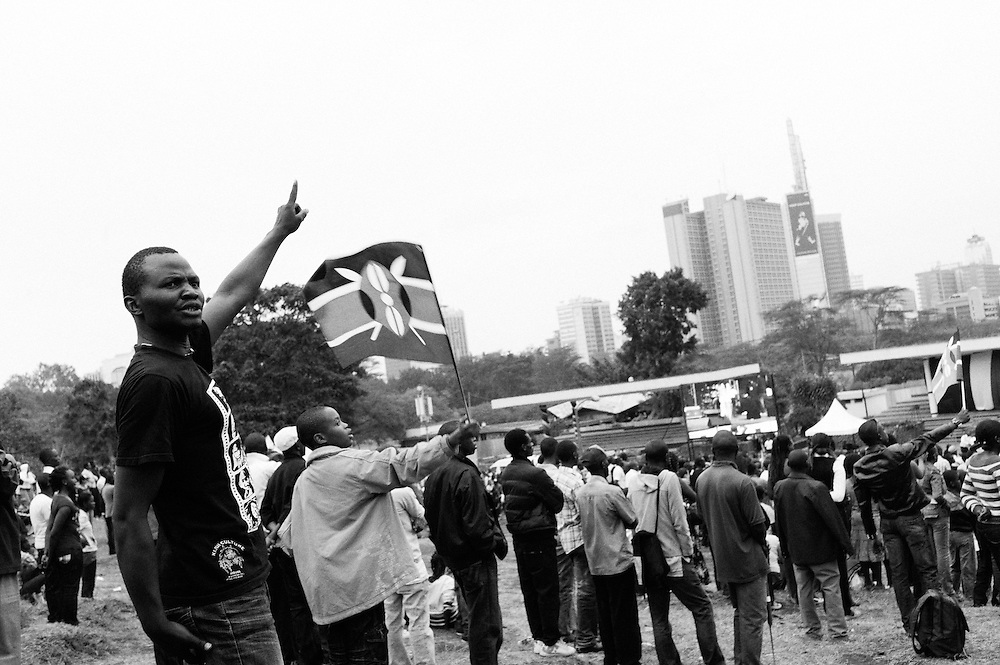